Magic: the Gathering (MTG) 3/4 Legendary Creature — Angel card from From the Vault: Angels courtesy of Deckmaster 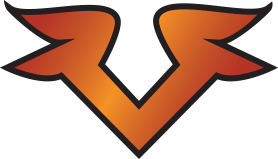 From the Vault: Angels Avacyn, Angel of Hope > < Archangel of Strife

Flying, vigilance, haste Whenever Aurelia, the Warleader attacks for the first time each turn, untap all creatures you control. After this phase, there is an additional combat phase.

Where Razia was aloof and untouchable, Aurelia is on the frontlines, calling for war.